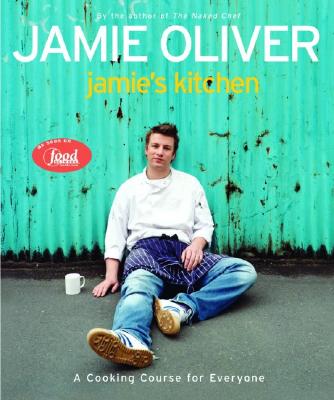 Jamie's Kitchen -- the television show -- began as an experiment and turned into a phenomenon. It started when Jamie took in 15 unemployed, enthusiastic kids, trained them to be chefs, and helped them open a restaurant, Fifteen, that has become the hottest dining spot in London. When England's Channel 4 launched a tie-in series, more than four million people tuned in. The show premieres this fall in the U.S. Jamie's Kitchen -- the book -- is laid out as a cooking course and will inspire readers of all levels. Some of the cooking techniques included are making salads, cooking without heat, poaching and boiling, steaming, stewing and braising, roasting, grilling, and baking. In the process, Jamie shares one-of-a-kind, delicious recipes, such as prosciutto and pecorino, citrus-seared tuna with crispy noodles, herbs, and chili; smoked haddock risotto; and baked chocolate pudding. Jamie includes tips on how to take recipes in new directions and how to be an inspired grocery shopper -- spotting what's good, what's in season, and what's a good value. Most important, Jamie encourages budding cooks to have confidence and a sense of independence, and to be master of the kitchen!

Jamie Oliver is an internationally renowned, chef and is the author of multiple cookbooks which have sold more than 1.5 million copies in the United States. His television series and books have inspired millions of people all over the world to cook better food using fresh ingredients. His reality show Jamie Oliver's Food Revolution won an Emmy in 2010 for Outstanding Reality Show. He lives in London and Essex with his family.
or
Not Currently Available for Direct Purchase
Copyright © 2020 American Booksellers Association