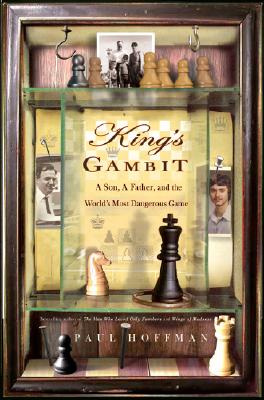 A Son, a Father, and the World's Most Dangerous Game

As a young man, Paul Hoffman was a brilliant chess player . . . until the pressures of competition drove him to the brink of madness.

In King's Gambit, he interweaves a gripping overview of the history of the game and an in-depth look at the state of modern chess into the story of his own attempt to get his game back up to master level -- without losing his mind. It's also a father and son story, as Hoffman grapples with the bizarre legacy of his own dad, who haunts Hoffman's game and life.

Paul Hoffman was president of Encyclopedia Britannica and editor-in-chief of Discover. and is the author of The Man Who Loved Only Numbers and The Wings of Madness. He is the winner of the first National Magazine Award for Feature Writing, and his work has appeared in the New Yorker, Time, and Atlantic Monthly. He lives in Woodstock, NY.
Loading...
or
Not Currently Available for Direct Purchase