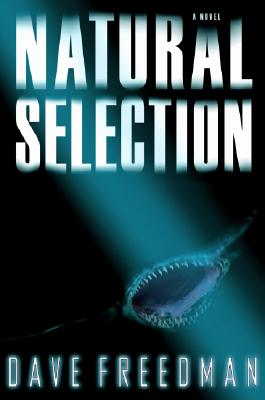 A shocking biological discovery. A previously unknown predatory species. Evolving just like the dinosaurs. Now. Today. Being forced out of its world and into man's for a violent first encounter. Weaving science and thriller in a way not seen since Jurassic Park, Natural Selection introduces a phenomenally dangerous new species that is rapidly adapting in a way never before seen. A mystery. A chase. A vast expansive puzzle. A team of marine scientists is on the verge of making the most stunning discovery in the history of man. In their quest for answers, they engage a host of fascinating characters. The world's premier neurology expert. A specialist on animal teeth. Flight simulation wizards, evolution historians, deep sea geologists, and so many more. Along the way, the team of six men and women experience love, friendship, loyalty and betrayal. Together, they set off to exotic locales. Literally to the bottom of the ocean. To a vast and mysterious redwood forest. To an unknown complex of massive caves. When people start dying, the stakes are upped even further. Then the real hunt begins. . . . Loaded with astonishing action sequences, Natural Selection is that rare breed of thriller, filled with intricately layered research, real three-dimensional characters, and tornado pacing.

Dave Freedman was born and raised in New Jersey and currently lives in Southern California with his wife. He earned a Bachelor of Science from Princeton and his Masters from Harvard University. Natural Selection is his first novel.
Loading...
or support indie stores by buying on