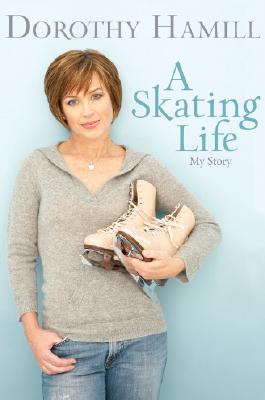 The dazzling smile, the signature haircut, the staple spin. "America's Sweetheart" Dorothy Hamill grew up on the ice, working toward the dream she was to accomplish by age nineteen: winning Olympic gold in figure skating. But life was not the picture of perfection it appeared to be. Dorothy faced a painful inner struggle from the time she was a young girl that followed her into adulthood--though she would not know about the depression that ran in her family until much later in life. Weeks and months away from home to train and compete took a difficult toll, yet little reprieve could be found in the tumultuous and fragile relationship she had with her parents. Dorothy went on to marry the man of her dreams, only to have the partnership end in heartache and a tragedy that almost pushed her to her breaking point. Then, just when a light at the end of the tunnel finally began to appear, a second failed marriage tried and tested Dorothy's trust and strength yet again--a travesty that could have led her to give up. But, she found a remarkable strength in what she did have--her greatest love, her daughter Alexandra."Thank goodness, I had my skating. There was certainly a pattern to my life. When times were tough, I went skating. It was only while I was out on the ice, enjoying the freedom of movement and my love of music, that I was able to escape from my bottomless heartache." In her deeply moving and honest memoir, Dorothy opens up for the first time about love, family, courage, and what it means to truly win both on and off the ice.

Shortly after she was born in Chicago, Dorothy Hamill's family moved to Greenwich, Connecticut--though once she began skating, she was constantly on the road training and competing. She was a three-time United States National Champion (1974-76) and won the World Championship and Olympic Gold Medal in 1976. She was an inductee of both the U.S. and World Figure Skating Hall of Fame, and a headliner for the Ice Capades for seven years before briefly owning it. She can be seen today as a judge on Skating with Celebrities as well as skating performing in skating exhibitions. Dorothy lives with her daughter Alexandra in Connecticut--and when asked when she plans on stopping skating, she contentedly declares: "never."
Loading...
or
Not Currently Available for Direct Purchase