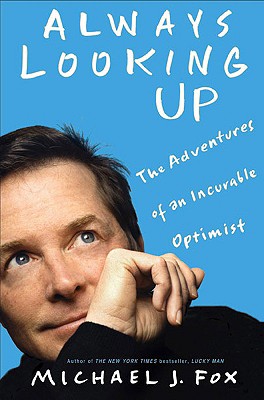 The Adventures of an Incurable Optimist

There are many words to describe Michael J. Fox: Actor. Husband. Father. Activist. But readers of Always Looking Up will soon add another to the list: Optimist. Michael writes about the hard-won perspective that helped him see challenges as opportunities. Instead of building walls around himself, he developed a personal policy of engagement and discovery: an emotional, psychological, intellectual, and spiritual outlook that has served him throughout his struggle with Parkinson's disease. Michael's exit from a very demanding, very public arena offered him the time-and the inspiration-to open up new doors leading to unexpected places. One door even led him to the center of his own family, the greatest destination of all.

The last ten years, which is really the stuff of this book, began with such a loss: my retirement from Spin City. I found myself struggling with a strange new dynamic: the shifting of public and private personas. I had been Mike the actor, then Mike the actor with PD. Now was I just Mike with PD Parkinson's had consumed my career and, in a sense, had become my career. But where did all of this leave Me? I had to build a new life when I was already pretty happy with the old one..

Always Looking Up is a memoir of this last decade, told through the critical themes of Michael's life: work, politics, faith, and family. The book is a journey of self-discovery and reinvention, and a testament to the consolations that protect him from the ravages of Parkinson's.

With the humor and wit that captivated fans of his first book, Lucky Man, Michael describes how he became a happier, more satisfied person by recognizing the gifts of everyday life.

Michael J. Fox began his career as the lovable Alex P. Keaton, the star of the poular sitcom Family Ties. Since then, his career has been a nonstop success story, with blockbuster movies like Back to the Future, The Secret of my Success, Doc Hollywood, and the lead voice in Disney's Atlantis: The Lost Empire. He retired from his award-winning role on Spin City. Michael has won numerous awards, including four Golden Globes, four Emmys, two Screen Actors Guild awards, GQ Man of the Year, and the People's Choice award. He actively lobbies for stem cell research around the country and is very visible in raising money for Parkinsons research with the Michael J. Fox Foundation.
Loading...
or
Not Currently Available for Direct Purchase