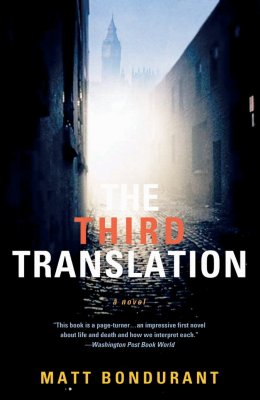 A literary page-turner about one man's quest for an ancient mystery through the perilous streets of modern London Walter Rothschild has nothing but his work. Estranged from his wife and adult daughter, he spends his days and nights lost in translation -- constantly working and reworking the riddles inscribed on ancient funereal stones. A gifted American Egyptologist, he was hired by the British Museum in London to try to crack the code of one of the greatest remaining hieroglyphic mysteries -- the Stela of Paser. Stuck, with no new inspiration, he meets a seductive young woman who seems interested in him and his work. When Walter invites her back to the museum to get a closer look at his work, she secretly steals an antiquity and disappears. Thus begins Walter's frantic search to repair the damage he's caused. Threatened by villains real and imagined, Walter races against time to win back the antiquity and his reputation, without losing his life in the process. Utterly original and told in electric prose, this is a novel that beautifully weaves together exceptional insight into the inner yearnings of men with a fast-paced plot about ancient mystery and modern conspiracy. Ingenious, witty, and compelling, it is a novel to be savored and urged on all of your friends.

Matt Bondurant began working on this novel while living and working in London, and finished it while employed at the British Museum, where he first saw the actual Stela of Paser and learned of its elusive and mysterious third translation. A professor at George Mason University and two-time Bread Loaf scholarship winner, his short stories have appeared in Glimmer Train, the New England Review, and numerous other publications. He lives in Alexandria, Virginia.
Loading...
or
Not Currently Available for Direct Purchase