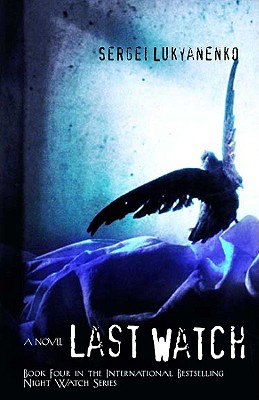 The fourth novel in the blockbuster series from one of Russia's most popular authors, Last Watch returns us to the hyper-imaginative world of Sergei Lukyanenko, where the endless battle between good and evil is about to reach its climax. Anton Gorodetsky is just getting a feel for his new powers when his boss, Gesar, sends him to assist the Scottish Night Watch in Edinburgh in a murder investigation. A young Russian man has been murdered--apparently by a vampire. But the mystery is more than it seems, and soon Anton is himself in danger. The murderer appears to be someone with intimate knowledge of the Night Watch. Before long, Anton realizes that a plot is being hatched by the forces of both darkness and light that--unless he can intervene--may mean nothing less than Armageddon.

Sergei Lukyanenko is the author of numerous sci-fi/fantasy novels in Russia, and has been published only recently in North America. The 2004 film Night Watch (Nochnoy dozor), regarded as "the first Russian blockbuster," was based on his book of the same name. The film grossed over $16 million in Russia, a box office record at that time. He lives in Moscow with his wife and son.
Loading...
or
Not Currently Available for Direct Purchase