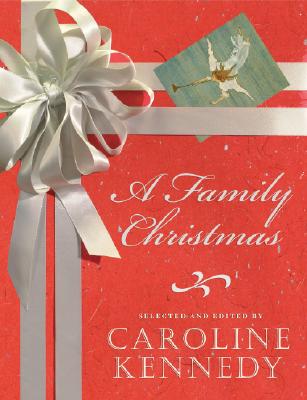 "When I began assembling [this] collection, I was skeptical that I would learn anything new about Christmas, but reading and reflecting on the history and spirit of Christmas brought back many memories, and taught me a great deal. . . . The literature of Christmas ranges from the miraculous to the tragic, the profound to the ridiculous, but always represents the connection to something larger than ourselves." --Caroline Kennedy In A Family Christmas, Caroline shares the Christmas poetry, prose, scriptural readings, and lyrics that are most dear to her, drawing on authors as diverse as Harper Lee, Nikki Giovanni, Martin Luther King Jr., Billy Collins, John and Yoko, and Charles Dickens. There are also many lesser-known gems throughout and personal treasures from her own family--including a young Caroline's Christmas list to Santa Claus and a letter from her father as President to a child concerned about Santa's well-being. This diverse and unique anthology will become a timeless keepsake, and will enrich your heart and mind with the spirit of Christmas.A Family Christmas includes selections from: Groucho Marx, Emma Lazarus, Mark Twain, Sandra Cisneros, Pearl S. Buck, Truman Capote, Gabriela Mistral, Ogden Nash, Clement Clarke Moore, Vladimir Nabokov, Marianne Moore, Calvin Trillin, E. B. White, and many more.

Caroline Kennedy is the author and editor of twelve New York Times bestselling books on American history, politics and poetry. She is also an attorney and diplomat who served as the United States Ambassador to Japan from 2013 to 2017, and the only surviving child of President John F. Kennedy and First Lady Jacqueline Bouvier Kennedy. A graduate of Harvard University and Columbia Law School, Kennedy is active in the efforts to improve New York City public schools and serves as President of the John F. Kennedy Library Foundation.
Loading...
or
Not Currently Available for Direct Purchase