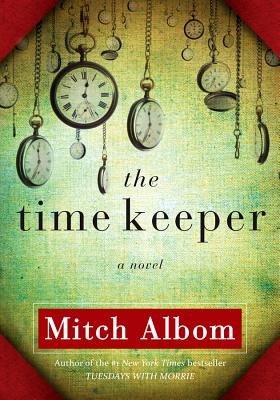 n what ways were you aware of the role time plays in your life before you read The Time Keeper? Besides watching the clock, make a list of ways you count or measure in your everyday life. Explore the many ways that measuring and counting have benefitted human beings in the history of our development.

Considering Dor’s eventual obsession with measurements of time, what are the dangers of such an approach to life? Where do you draw the line for yourself?

Think about Dor’s final visit with King Nim. What makes Nim a leader of the people? Are his and Dor’s abilities mutually exclusive? Why does Dor refuse to help Nim? Why must Nim banish Dor from the kingdom?

Chapter 36 begins with the question “Can you imagine having endless time to learn?” Would you want time to be endless? Why or why not?

Consider Sarah Lemon. What is she like? What are her particular, significant challenges in the world?

When we first meet Sarah, she is begging for more time as she gets ready for her date with Ethan. Much later, she desperately wants time to just end. How do you explain such profound differences in her attitude toward time?

Both Sarah and Victor act with desperation regarding their time due to profound suffering. Is this always the case, that it is only when things are not well that time seems slower?

From Sarah, Dor learns the phrase time flies (when you’re having fun). Why does time seem to go faster when we enjoy ourselves? Is this always the case?

During his torturous time in the cave, Dor makes symbols on the wall to mark and remember key moments in his life. What are the many ways we mark the passing of time? How—other than by taking photos—do you order and stay connected to times past?

Albom uses the technique of showing characters the future. What other examples of this in literature can you think of?

What’s the significance of Victor choosing his wife’s name, Grace, as the emergency word to stop the cryonics process?