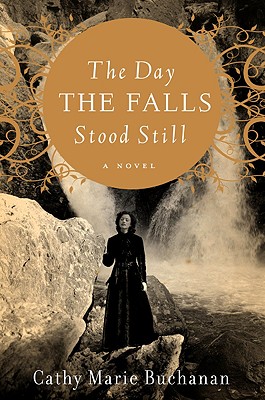 The Day the Falls Stood Still

Steeped in the intriguing history of Niagara Falls, this epic love story is as rich, spellbinding, and majestic as the falls themselves.

1915. The dawn of the hydroelectric power era in Niagara Falls. Seventeen-year-old Bess Heath has led a sheltered existence as the youngest daughter of the director of the Niagara Power Company. After graduation day at her boarding school, she is impatient to return to her picturesque family home near Niagara Falls. But when she arrives, nothing is as she had left it. Her father has lost his job at the power company, her mother is reduced to taking in sewing from the society ladies she once entertained, and Isabel, her vivacious older sister, is a shadow of her former self. She has shut herself in her bedroom, barely eating--and harboring a secret.

The night of her return, Bess meets Tom Cole by chance on a trolley platform. She finds herself inexplicably drawn to him--against her family's strong objections. He is not from their world. Rough-hewn and fearless, he lives off what the river provides and has an uncanny ability to predict the whims of the falls. His daring river rescues render him a local hero and cast him as a threat to the power companies that seek to harness the power of the falls for themselves. As their lives become more fully entwined, Bess is forced to make a painful choice between what she wants and what is best for her family and her future.

Set against the tumultuous backdrop of Niagara Falls, at a time when daredevils shot the river rapids in barrels and great industrial fortunes were made and lost as quickly as lives disappeared, The Day the Falls Stood Still is an intoxicating debut novel.

Cathy Marie Buchanan was born and raised in Niagara Falls and lives in Toronto. A graduate of the Humber School of Writing, her fiction has appeared in some of Canada's premiere journals, including: The Antigonish Review, The Dalhousie Review, The New Quarterly and Toronto Life. She is the recipient of grants from both the Toronto Arts Council and the Ontario Arts Council.
Loading...
or
Not Currently Available for Direct Purchase