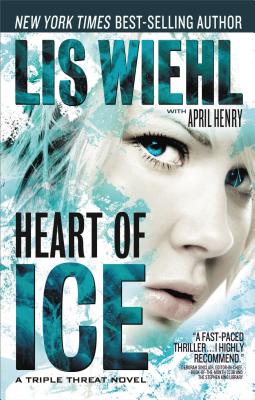 Elizabeth Avery could easily be the girl next door. But what she has planned will make your blood run cold.

At first glance, the crimes appear random. Arson. Theft. Fraud. Murder. But these are more than random crimes. They're moves in an increasingly deadly game. And the one element they have in common: a woman who is gorgeous, clever . . . and lethal.

Elizabeth Avery has a winsome smile and flawless figure, but underneath is a heart of ice. She's a master manipulator, convincing strangers to do the unthinkable. And she orchestrates it all without getting too close. Until now.

When Elizabeth ruthlessly disposes of an inquisitive young reporter, her crime catches the attention of Federal Prosecutor Allison Pierce, FBI Special Agent Nicole Hedges, and crime reporter Cassidy Shaw. They know they're dealing with a cold-blooded murderer who could strike at any time. What they don't know is that they're already on a first-name basis with the killer.

And one of them may be next on her list.