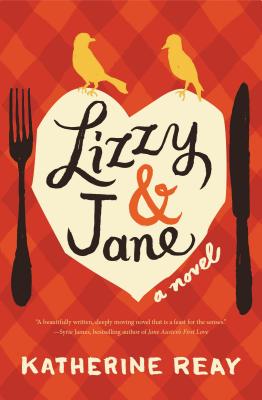 Sometimes the courage to face your greatest fears comes only when you've run out of ways to escape.

At the end of a long night, Elizabeth leans against the industrial oven and takes in her kingdom. Once vibrant and flawless, evenings in the kitchen now feel chaotic and exhausting. She's lost her culinary magic, and business is slowing down.

When worried investors enlist the talents of a tech-savvy celebrity chef to salvage the restaurant, Elizabeth feels the ground shift beneath her feet. Not only has she lost her touch; she's losing her dream.

And her means of escape.

When her mother died, Elizabeth fled home and the overwhelming sense of pain and loss. But fifteen years later, with no other escapes available, she now returns. Brimming with desperation and dread, Elizabeth finds herself in the unlikeliest of places, by her sister's side in Seattle as Jane undergoes chemotherapy.

As her new life takes the form of care, cookery, and classic literature, Elizabeth is forced to reimagine her future and reevaluate her past. But can a New York City chef with a painful history settle down with the family she once abandoned . . . and make peace with the sister who once abandoned her?

"Deeply moving and intensely meaningful, Reay's latest gives readers an intimate look into the lives of sisters. Delicious descriptions of food and the closeness that it provides to others gives the novel even more depth." -RT Book Reviews, 4-1/2 Stars TOP PICK

Katherine Reay has enjoyed a life-long affair with the works of Jane Austen and her contemporaries. After earning degrees in history and marketing from Northwestern University, she worked in not-for-profit development before returning to school to pursue her MTS. Katherine lives with her husband and three children in Seattle, WA. Dear Mr. Knightley was her first novel. Twitter: @Katherine_Reay Facebook: katherinereaybooks
or support indie stores by buying on
Copyright © 2020 American Booksellers Association