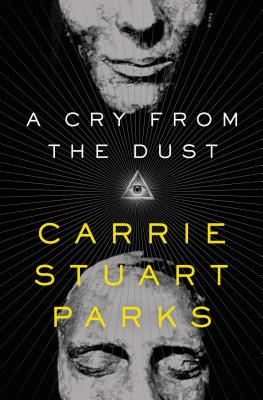 A Cry from the Dust (Gwen Marcey Novel #1)

In the shadow of the Mormon church, a 19th-century conspiracy is about to be shattered by a 21st-century forensic artist.

In 1857, a wagon train in Utah was assaulted by a group of militant Mormons calling themselves the Avenging Angels. One hundred and forty people were murdered, including unarmed men, women, and children. The Mountain Meadows Massacre remains controversial to this day-but the truth may be written on the skulls of the victims.

When renowned forensic artist Gwen Marcey is recruited to reconstruct the faces of recently unearthed victims at Mountain Meadows, she isn't expecting more than an interesting gig . . . and a break from her own hectic life.

But when Gwen stumbles on the ritualized murder of a young college student, her work on the massacre takes on a terrifying new aspect, and research quickly becomes a race against modern-day fundamentalist terror.

As evidence of a cover-up mounts-a cover-up spanning the entire history of the Mormon church-Gwen finds herself in the crosshairs of a secret society bent on fulfilling prophecy and revenging old wrongs.

Can a forensic artist reconstruct two centuries of suppressed history . . . before it repeats itself?

In A Cry from the Dust, Carrie Stuart Parks utilizes her own background as a celebrated, FBI-trained forensic artist to blend fact and fiction into a stunning mystery.

"Parks' fast-paced and suspenseful debut novel is an entertaining addition to the inspirational genre. Her writing is polished, and the research behind the novel brings credibility to the story . . . An excellent book that is sure to put Carrie Stuart Parks on readers' radar." -RT Book Reviews, 4 stars

Carrie Stuart Parks is an award-winning fine artist and internationally known forensic artist. She teaches forensic art courses to law enforcement professionals and is the author/illustrator of numerous books on drawing. Carrie began to write fiction while battling breast cancer and was mentored by New York Times best-selling author Frank Peretti. Now in remission, she continues to encourage other women struggling with cancer. Facebook: CarrieStuartParksAuthor
Loading...
or support indie stores by buying on