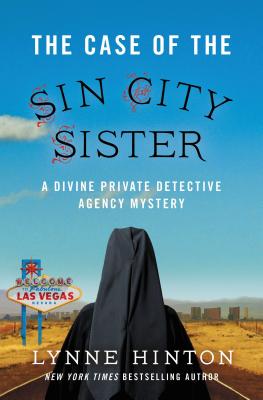 She's not your average nun. And now Sister Eve Divine's risking it all, searching for a mission person in Vegas.

Sister Eve Divine recently discovered she's got a gift: turns out she's a natural at private detective work. But is it a temptation or a calling? As Eve wrestles with this question, she's taking a leave of absence from the convent, investigating a case with her PI father.

But something else troubles Eve. It's been weeks since Eve heard from her sister, Dorisanne. And Eve's gut tells her that something sinister has happened to her difficult sibling. There's only one place Eve can find the answers she's looking for: in Dorisanne's world, under the bright lights of Sin City--Las Vegas,

Late night visits to the casino and some clever clues hidden in an address book set Eve on a trail that soon reveals that Dorisanne's life is darker and more complicated than Eve ever expected. In the end, Eve's ability to understand her sister--and herself--may be a matter of life and death.