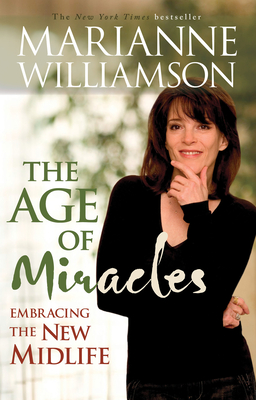 As seen on OWN’s Super Soul Sunday!The need for change as we get older—an emotional pressure for one phase of our lives to transition into another—is a human phenomenon, neither male nor female. There simply comes a time in our lives—not fundamentally different from the way puberty separates childhood from adulthood—when it’s time for one part of ourselves to die and for something new to be born. The purpose of this book by best-selling author and lecturer Marianne Williamson is to psychologically and spiritually reframe this transition so that it leads to a wonderful sense of joy and awakening.In our ability to rethink our lives lies our greatest power to change them. What we have called "middle age" need not be seen as a turning point toward death. It can be viewed as a magical turning point toward life as we’ve never known it, if we allow ourselves the power of an independent imagination, utilizing thought-forms that don’t simply flow in a perfunctory manner from ancient assumptions handed down to us, but rather flower into new archetypal images of a humanity just getting started at 45 or 50. What we’ve learned by that time, from both our failures as well as our successes, tends to have humbled us into purity.When we were young, we had energy but were clueless about what to do with it. Today, we have less energy, perhaps, but we have far more understanding of what each breath of life is for. And now at last, we have a destiny to fulfill—not a destiny of a life that’s simply over, but rather a destiny of a life that is finally truly lived. Midlife is not a crisis; it’s a time of rebirth. It’s not a time to accept your death; it’s a time to accept your life—and to finally, truly live it, as you and you alone know deep in your heart it was meant to be lived.

Marianne Williamson is an internationally acclaimed lecturer and the best-selling author of A Return to Love, The Healing of America, A Woman’s Worth, and Illuminata, among other works. Williamson has done extensive charitable organizing throughout the country in service to people with life-challenging illnesses (she founded Project Angel Food in Los Angeles); and is the founder of The Peace Alliance, a nonprofit grassroots organization dedicated to fostering a culture of peace.
Loading...
or support indie stores by buying on