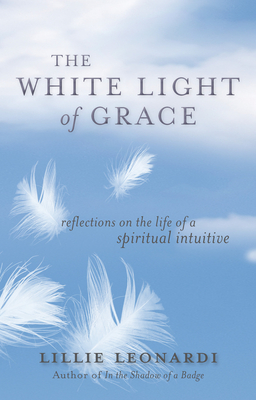 The White Light of Grace

Reflections on the Life of a Spiritual Intuitive

Since early childhood, I have heard the whispers of angels and witnessed manifestations in the darkness of the night. . . . On those occasions, I would jump out of bed and wake my parents to inform them that the angel who I referenced as the "blue man" visited. Although [they] could not see what I saw, I knew that Archangel Michael was there.

I spent a fair part of my life pushing away the sensations and connections which defined me. But on September 11, 2001, my life was dramatically altered. While serving as a responder at the Flight 93 crash site, I encountered a legionof angels. My life instantaneously became multidimensional and shattered in all that was familiar. In trying to comprehend my vision on that fateful day, I have struggled with the burden of such a profound experience. This required me to dig deep within, to the inner recesses of my heart and soul. . . .

Through my introspective journey, I grew to believe that we all carry a gift within us. Sometimes, the skill is lost to us due to the everyday situations and stressors in life. But sometimes, the tragedies in our lives awaken these abilities . . .

In The White Light of Grace, author and speaker Lillie Leonardi shares the stories of her life, beginning with the ancestral origins of her intuitive gifts and the early childhood experiences that uncover her ability to communicate with angels. The book traces life-altering events, times when she called on the angels for blessings and others when she learned how to rely on herself. Throughout, her revelations about love, loss, and healing unfold. Her remarkable stories focus on her personal transformations, as well as the incredible experiences of those around her.

Lillie Leonardi worked in law enforcement for more than 25 years before retiring to pursue her lifelong dream of writing. In 1984, Leonardi was appointed to serve as the first female police officer with the City of Arnold, Pennsylvania. She broke barriers again in 1994 when she was appointed the first female chief of police for Chatham College. In 1998, Leonardi joined the FBI (Pittsburgh Division) as the Community Outreach Specialist, where she served until 2010. Website: www.lillieleonardi.com
Loading...
or support indie stores by buying on