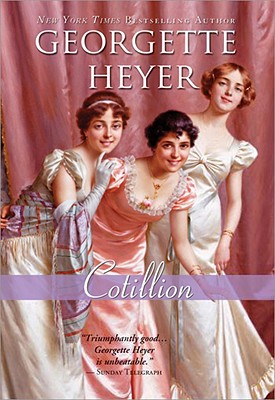 The bestselling Queen of Regency Romance, Georgette Heyer, brings her signature wit and humor to this fake engagement love story, with charming results.

A most unusual hero
Freddy is immensely rich, of course, and not bad-looking, but he's mild-mannered, a bit hapless--not anything like his virile, handsome, rakish cousin Jack...

A heroine in a difficult situation
Young Kitty Charing stands to inherit a vast fortune from her irascible and eccentric guardian--provided she marries one of his great-nephews...

A sham betrothal
No sooner does Kitty arrive in London then the race for her hand begins, but between confirmed rakes and bumbling affections, Kitty needs a daring scheme...