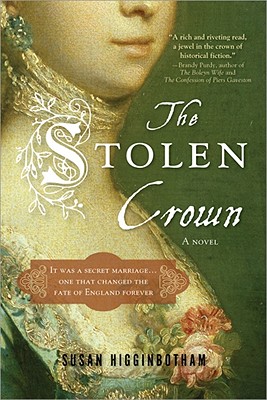 The Secret Marriage That Forever Changed the Fate of England

On May Day, 1464, six-year-old Katherine Woodville, daughter of a duchess who has married a knight of modest means, awakes to find her gorgeous older sister, Elizabeth, in the midst of a secret marriage to King Edward IV. It changes everything--for Kate and for England.

Then King Edward dies unexpectedly. Richard III, Duke of Gloucester, is named protector of Edward and Elizabeth's two young princes, but Richard's own ambitions for the crown interfere with his duties...

Lancastrians against Yorkists: greed, power, murder, and war. As the story unfolds through the unique perspective of Kate Woodville, it soon becomes apparent that not everyone is wholly evil--or wholly good.

Susan Higginbotham is the author of three historical fiction novels. The Traitor's Wife, her first novel, is the winner of ForeWord Magazine's 2005 Silver Award for historical fiction and is a Gold Medalist, Historical/Military Fiction, 2008 Independent Publisher Book Awards. She writes her own historical fiction blog and is a contributor to the blog Yesterday Revisited. Higginbotham has worked as an editor and an attorney, and lives in North Carolina with her family.
Loading...
or
Not Currently Available for Direct Purchase