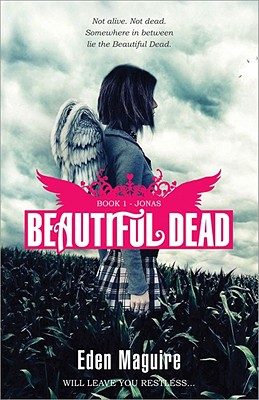 Not alive. Not dead. Somewhere in between lie the Beautiful Dead.

Something strange is happening at Ellerton High. Phoenix is the fourth teenager to die within a year. His street-fight stabbing follows the deaths of Jonas, Summer, and Arizona in equally strange and sudden circumstances. Rumors of ghosts and strange happenings rip through the small community as it comes to terms with shock and loss.

Darina, Phoenix's grief-stricken girlfriend, is on the verge. She can't escape her intense heartache or the impossible apparitions of those that are meant to be dead. And all the while the sound of beating wings echos inside her head...

And then one day Phoenix appears to Darina. He tells her that she must help Jonas-the first of the four to die-right the wrong linked to his death. Only with her help can Jonas finally rest in peace. Will love conquer death? And if it does, can Darina set it free?

EDEN MAGUIRE lives part of the time in the United States, where she enjoys the big skies and ice-capped mountains of Colorado. Aside from her interest in the supernatural and writing fiction, Eden's life is lived as much as possible in the outdoors. She says, "Put me on a horse and point me towards a mountain-that's where I find my own personal paradise."
Loading...
or
Not Currently Available for Direct Purchase