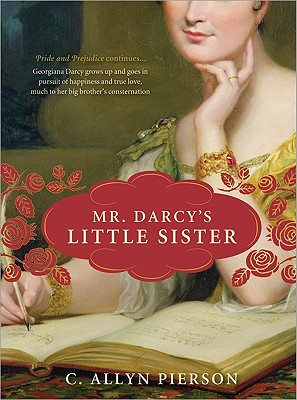 Darcy and Elizabeth have found their happily ever after...now it's Georgiana Darcy's turn Joining her brother and his new bride, Elizabeth in London is a dream come true for the shy, sweet Georgiana Darcy. Eager to learn to negotiate polite society from her graceful and composed new sister-in-law, Georgiana is ready to make her entrance into the matchmaking and intrigue filled ballrooms of London. Making her way through the sea of rogues and fortune hunters, Georgiana will make the transition from being simply Mr. Darcy's little sister to a confident young woman with her own engaging story to tell.

C. Allyn Pierson is the nom-de-plume of a physician, who has combined her many years of interest in the works of Jane Austen and the history of Regency England into this sequel to Pride and Prejudice. She lives with her family and three dogs in Fort Dodge, Iowa.
Loading...
or
Not Currently Available for Direct Purchase