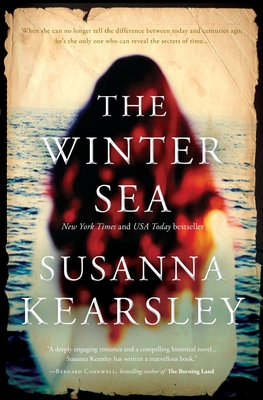 I've loved every one of Susanna's books She has bedrock research and a butterfly's delicate touch with characters--sure recipe for historical fiction that sucks you in and won't let go --DIANA GABALDON, #1 New York Times bestselling author of Outlander

A hauntingly beautiful tale of love that transcends time: an American writer travels to Scotland to craft a novel about the Jacobite Rebellion, only to discover her own ancestral memories of that torrid moment in Scottish history...

In the spring of 1708, an invading Jacobite fleet of French and Scottish soldiers nearly succeeded in landing the exiled James Stewart in Scotland to reclaim his crown. When young Sophia Paterson travels to Slains Castle by the sea, she finds herself in the midst of the dangerous intrigue.

Now, Carrie McClelland hopes to turn that story into her next bestselling novel. Settling herself in the shadow of that historic Scottish castle, she starts to write. But when she discovers her novel is more fact than fiction, Carrie wonders if she might be the only living person who knows the truth--the ultimate betrayal--that happened all those years ago.

A sweeping historical fantasy of love, danger, and time travel, Susanna Kearsley masterfully weaves Scotland's past into Carrie's present in this stunning book.

Also by Susanna Kearsley:
The Rose Garden
Mariana
The Shadowy Horses
The Firebird
The Splendour Falls
Season of Storms
A Desperate Fortune
Named of the Dragon
Belleweather

Susanna Kearsley's writing has been compared to Mary Stewart, Daphne Du Maurier, and Diana Gabaldon. Her books have been translated into several languages, selected for the Mystery Guild, condensed for Reader's Digest, and optioned for film. She lives in Canada near the shores of Lake Ontario.
Loading...
or support indie stores by buying on