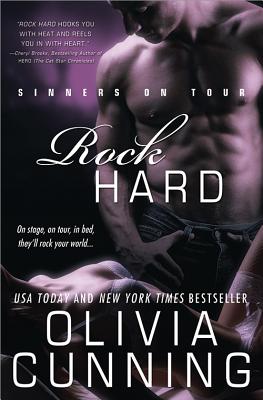 Book 2 of The Sinners on Tour

Two years ago, Sed gave Jessica an ultimatum and she broke his heart by leaving without a backwards glance. Since then, he's tried to forget her by screwing any woman who will have him. It's no use. Sed still loves Jessica. Seeing her working in a strip club, with all those men gawking at her, sends Sed into a jealous rage. Jessica belongs to him. Always has, always will.

Heartbroken, Jessica made her choice and ended their engagement. Since then, she's tried to forget him by avoiding men entirely. It's no use. Jessica still hates Sed and knows one mere woman will never satisfy his over-inflated ego or insatiable sexual appetite. When she has no choice but to take a summer job that has her trapped on Sinners' tour bus with the impossibly sexy jerk for two entire months, she's furious- but the passion between them is hotter than ever.

Trapped together on the Sinners tour bus for the summer, Sed and Jessica will rediscover the millions of steamy reasons they never should have called it quits in the first place...

Raised on hard rock music from the cradle, Olivia Cunning attended her first Styx concert at age six and instantly fell in love with live music. She discovered her second love, romantic fiction, as a teen-first, voraciously reading steamy romance novels and then penning her own. She currently lives in Nebraska.
or support indie stores by buying on
(This book is on backorder)
Copyright © 2020 American Booksellers Association