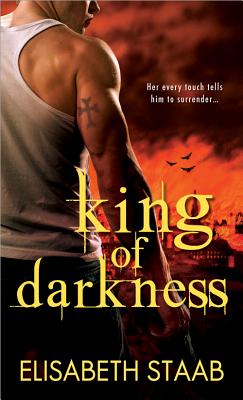 Eternal commitment is not on her agenda...but time's running out for the king of the vampires. Can these fated mates come to an agreement, or will they fight destiny tooth and nail to deny the sparks that fly between them?

Scorned by the vampire community for her lack of power, Isabel Anthony lives a carefree existence masquerading as human--although drifting after dark through the debauched human nightlife, she prefers the patrons' blood to other indulgences. But when she meets the sexy, arrogant king of the vampires--who is nothing but sweet temptation--this party-girl's life turns dark and dangerous.

Dead-set on finding the prophesied mate who will unlock his fiery powers, Thad Morgan must find his queen before their race is destroyed. Their enemies are gaining ground, and Thad needs his powers to unite his subjects. But when his search leads him to the defiant Isabel, he wonders if fate had gotten it seriously wrong...