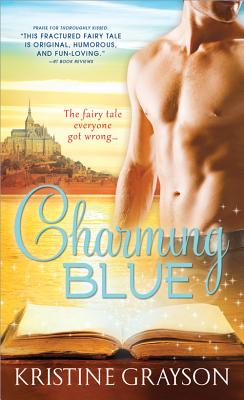 Welcome to the fractious fairy tale world of Kristine Grayson, where the bumpy road to happily ever after is paved with surprises...

He lived through ages with the curse of attracting women...who end up dead...

One upon a time, he was the most handsome of princes, destined for great things. But now he's a lonely legend, hobbled by a dark history. With too many dead in his wake, Bluebeard escapes the only way he knows how--through the evil spell of alcohol. But it's a far different kind of spell that's been ruining his life for centuries.

How will she survive this killer Prince Charming?

Jodi Walters is a fixer, someone who can put magic back in order. She's the best in Hollywood at her game. But Blue has a problem she's never encountered before--and worse, she finds herself perilously attractived to him.