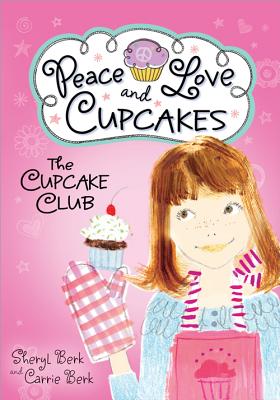 Cupcake Club is the first book in the Peace, Love and Cupcakes series. This is The Babysitter's Club for a generation raised on Cake Boss and Ace of Cakes and is slated to be a sweet success

She's a fourth grader with a big problem. How will she make friends at her new school? Should she tell her classmates she loves monster movies? Forget it. Play the part of a turnip in the school play? Disaster Then Kylie comes up with a delicious idea: What if she starts a cupcake club?

Soon Kylie's club is spinning out tasty treats with the help of her fellow bakers and new friends. But when Meredith tries to sabotage the girls' big cupcake party, will it be the end of the Cupcake Club?

Includes recipes and tips to try at home

"Kids and cupcakes are the perfect recipe "--Sophie and Katerine, stars of TLC's DC Cupcakes

Cupcake Club is the perfect...cupcake book for kids who love to bake, with bonus recipes included mother daughter book club pickpreteen gift for girlsbook for middle school girls who are reluctant readers