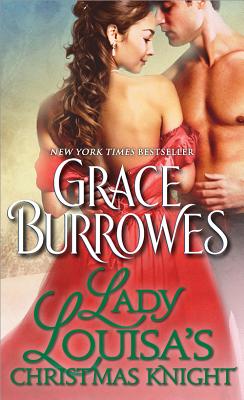 'Tis the Season for Scandal...

Years ago Lady Louisa Windham acted rashly on a dare from her brother, and that indiscretion is about to come to light. She knows her reputation will never survive exposure. Just as she's nearly overwhelmed by her dilemma, Sir Joseph Carrington offers himself to her as a solution...

But Sir Joseph has secrets as well, and as he and Louisa become entangled with each other, their deceptions begin to close in on them both...

"My Christmas wish for you is that Santa brings you this book...a joyful sensual read."--USA Today Happy Ever After

"Burrowes continues to write outside the usual Regency box with strong characters and humor similar to Amanda Quick's."--Booklist

New York Times and USA Today bestselling author Grace Burrowes hit the bestseller lists with her debut, The Heir, followed by The Soldier and Lady Maggie's Secret Scandal. The Heir was also named a Publishers Weekly Best Book of 2010, The Soldier was named a Publishers Weekly Best Spring Romance of 2011, and Lady Sophie's Christmas Wish was named Best Historical Romance of the Year in 2011 by RT Reviewers' Choice Awards. All of her Regency romances have received extensive praise, including starred reviews from Publishers Weekly and Booklist. Grace is branching out into short stories and Scotland-set Victorian romance with Sourcebooks. She is a practicing family law attorney and lives in rural Maryland.
Loading...
or
Not Currently Available for Direct Purchase