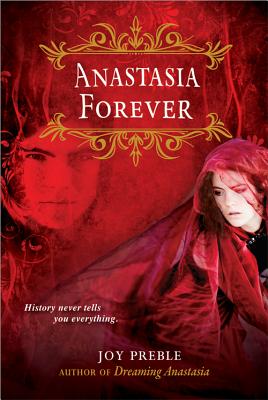 Is it possible to change the past?

No one ever knew what happened to her except her half-brother, Viktor--and he'll do anything to keep it that way.

She just wants a normal boyfriend, a normal family-no visions of the past, no evil mermaids, no Brotherhood trying to kill her. But Anne is not normal...and she's capable of a lot more than she thinks.

He's been eighteen for nearly a century, and finding Anne is the best thing that's ever happened to him. But the magic in his blood is turning darker, forcing him to wonder whether he's the most dangerous threat of all...

Joy Preble grew up in Chicago where-- possibly because she was raised by an accountant and a bookkeeper--she dreamed of being a back up singer, but instead earned an English degree from Northwestern. Eventually, she began to write books so she could get paid for making up stuff. She now lives in Texas with her family, including a basset/boxer mix rescue dog named Lyla-- who never met a shoe she didn't want to eat. Visit Joy at joypreble.com
Loading...
or
Not Currently Available for Direct Purchase