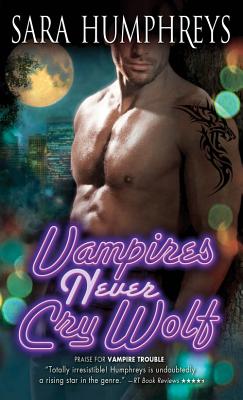 Book 3 of Dead in the City

Vampires are nothing but trouble...
As far as beautiful vampire Sadie Pemberton is concerned, werewolves shouldn't be sticking their noses into New York's supernatural politics. They don't know jack about running a city-not even that hot-as-sin new vampire-werewolf liaison who's just arrived in town.

Werewolves are too sexy for their own good...
The last thing Killian Bane wanted was to end up in New York City playing nice with vampires. Unfortunately, he's on a mission, and when he encounters the sexiest, most stubborn female vamp he's ever met, he's going to have to turn on a little of that wolfish charm...and Sadie's going to learn a thing or two about what it means to have a wild side...

"This series is wildly addictive, and this is...a five-star book that you do not want to miss." -The Romance Reviews

"A powerful love story that proves that while our past is inescapable, it is the core of our strength." -Sarah MacLean, New York Times bestselling author of No Good Duke Goes Unpunished