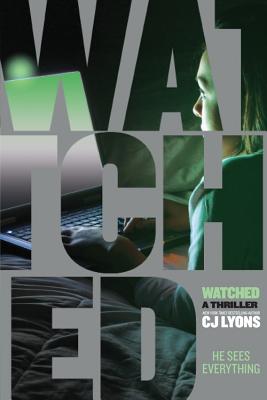 He Can't Run, and He Can't Hide

Jesse is terrified. For four years, a twisted hacker named King has hijacked his computer webcam, collecting incriminating photos and videos he uses to blackmail Jesse. So far, Jesse's given into King's ruthless demands in order to protect his family. But now King wants something that's too horrible to contemplate—and if he doesn't get it, he'll kill Jesse's little sister.

Jesse is trapped. King's always watching. There is no escape.

Then hope arrives in a plain manila envelope. Inside is a cell phone and a note: I can help.

"...this is an excellent book and well worth the emotional investment." — School Library Journal

"A high-speed thriller elevated by its unflinching focus on the harrowing effects of online bullying." — Kirkus Reviews

"Cyberbullying is a timely and important topic for teens, and Lyons smartly shows its devastating effect through Jesse's accessible voice, which is full of despair, rage, and fear." — Booklist

"...readers are drawn deep into the daily trials of two victims whose constant fear, anxiety and anger radiate from the pages, causing secondhand stress. But isn't that what we all want from a great book? Lyons should never stop writing YA!" — RT Book Reviews, 4 1/2 Stars

New York Times and USA Today bestselling author of sixteen novels, former pediatric ER doctor CJ Lyons has lived the life she writes about in her cutting-edge Thrillers with Heart. CJ has been called a "master within the genre" (Pittsburgh Magazine) and her work has been praised as "breathtakingly fast-paced" and "riveting" (Publishers Weekly) featuring "characters with beating hearts and three dimensions" (Newsday). Learn more about CJ's Thrillers with Heart at www.CJLyons.net.