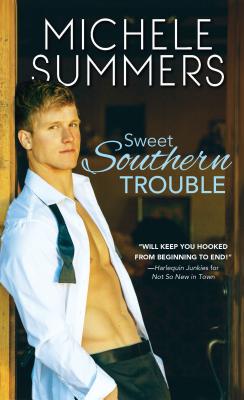 Kindergarten teacher Marabelle Fairfield will do just about anything to score NFL coach Nick Frasier's participation in a fundraiser that could make her career--even pose as his fianc e.

Marabelle Fairchild knows she's a gal who can get things done. Feeling unappreciated at the exclusive private school where she works, Marabelle determines to score with the next big fundraiser. What she doesn't expect? A smokin' hot football coach to throw her off her game...

NFL coach Nick Frasier is Raleigh's most eligible bachelor, but he wants to focus on his career...not his playboy status. He doesn't need a smart-mouthed, pint-sized kindergarten teacher pestering him. So he cuts Marabelle a deal--in exchange for Nick sponsoring a bachelor auction starring him and his gorgeous celebrity pals, Marabelle will pose as his fianc e to ward off unwanted advances.

This oughta be fun...

What People Are Saying:
"Summers excels at detailing Katie and Vance's immediate attraction and steamy flirtation...Detailed interactions with their friends and family help to build them as fully realized characters." --Publishers Weekly for Sweet Southern Bad Boy
"Summers keeps the dialogue flowing like sweet tea." --Booklist for Sweet Southern Bad Boy
"Small-town life at its best, full of quirky characters and great dialogue." --Booklist for Not So New in Town