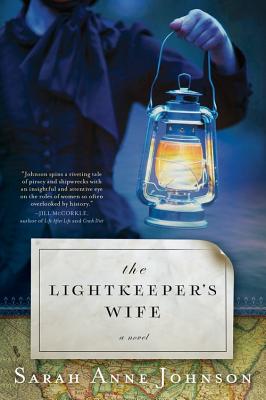 " A] riveting tale of piracy and shipwrecks with an insightful and attentive eye on the roles of women so often overlooked by history."--Jill McCorkle, author of Life After Life and Crash Diet

Immersive historical fiction that brings two women out of the shadows of the men who surround them, and into the light of their own capabilities.

Hannah shouldn't be in the water, saving shipwrecked sailors. Her husband would be furious--it's his job to tend to the lighthouse on Cape Cod, to warn the ships off the rocks. But when the ship Cynthia Rose runs aground, John is away buying supplies, and Hannah rushes out into the storm. She can only fish one sailor out of the icy water--weatherworn, half-drunk Billy.

Annie lives a stifling life as the wife of a sea captain. When tragedy strikes, she realizes that she can no longer be a passenger in her own life. Soon, she's swept into a world of pirates, danger, and other women who fight for what they want no matter the price.

When Hannah gets word that John will not return home to her, she sinks into grief so deep that she feels she may never surface again. With Billy's help, though, she continues to run the lighthouse, keeping the lamps blazing even during her darkest hours. But Billy is not all that he seems, and the secrets he's keeping may unlock new possibilities for both Hannah and Annie.

A powerful historical romance, The Lightkeeper's Wife pits two women against the merciless storms and seas of Cape Cod in a novel that will shine for fans of The Light Between Oceans by M.L. Steadman and What the Wind Knows by Amy Harmon.