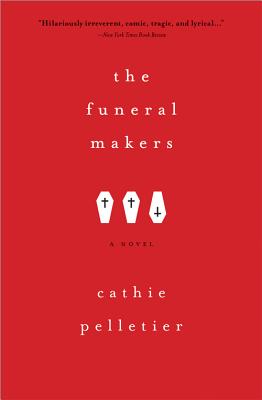 "A crazy, rollicking whoop of a book, written with a poet's sensibility and deeply wacky down-home wisdom."-Lee Smith, author of The Last Girls

A century after the impulsive McKinnon brothers set out to tame the Canadian wilderness and instead landed in Mattagash, Maine, their madcap legacy reigns supreme. It's 1959, and Pearl and Sicily McKinnon have gathered to plan a funeral for Marge, their older sister dying from the rare disease beriberi, thanks to her eccentric diet.

Pearl, who skipped town with big-city dreams only to marry a funeral director, soon clashes with the long-suffering Sicily, who herself is coping with an unfaithful husband. To make matters worse, Sicily's teenage daughter is lusting after the town's blackest sheep, a ne'er-do-well twice her age.

Brimming with darkly quirky humor and irresistible spunk, The Funeral Makers explores the inescapable ironies of American life and family dynamics and captures the spirit of a world that is as once familiar and quickly fading from view.