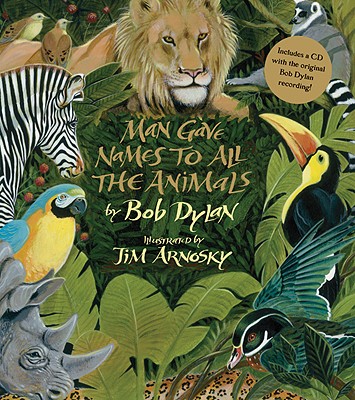 Man Gave Names to All the Animals [With CD (Audio)]

Whimsical and witty, Man Gave Names to All the Animals first appeared on Bob Dylan's album Slow Train Coming in 1979. Illustrator Jim Arnosky has now crafted a stunning picture book adaptation of Dylan's song that's a treat for both children and adults, with breathtaking images of more than 170 animals plus a CD of Dylan's original recording.
The revered musical legend rarely allows his songs to be illustrated, and Arnosky has done the song proud with a parade of spectacular creatures ready to receive their names-until the surprise ending, when children get to name an animal themselves