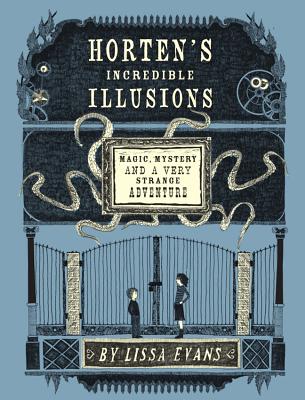 This magical follow-up to Horten's Miraculous Mechanisms continues Stuart's amazing adventures--with more enchantment, more surprises, and more thrills. When we last left 10-year-old Stuart, he had just recovered his great-uncle Tony's long-lost magic workshop. Now all the priceless tricks are on display in the Beeton Museum--and Stuart is junior curator of the exhibit But another mystery awaits Stuart: Where did the great magician hide his will? Only by entering the magic world of the workshop can he find the answer. But as the mechanisms whisk him off on increasingly incredible adventures, the puzzles become harder and harder to solve...and the stakes higher. With even more page-turning action, this second book in the exciting middle-grade series does a magic trick of its own: it's even better than the first.

Lissa Evans's route to children's fiction author is perhaps as roundabout as Stuart's adventures in Beeton. After a brief career as a doctor of medicine and then in stand-up comedy, Lissa became a comedy producer, first in radio and then in television, before turning to writing. Her first middle grade novel featuring young Stuart, Horten's Miraculous Mechanisms, was short-listed for the Carnegie Medal, the Costa Book Awards, and UK Literacy Association's Children's Book Award. It was also long-listed for the Guardian Children's Fiction Prize and the Branford Boase Award. Lissa lives with her family in North London.
or
Not Currently Available for Direct Purchase
Copyright © 2020 American Booksellers Association