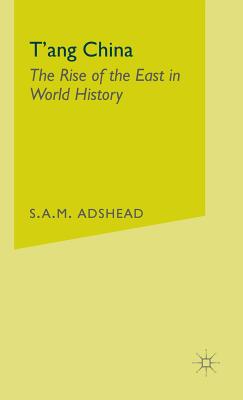 The Rise of the East in World History

This book presents a picture focused on the T'ang period, one of China's acknowledged golden ages. Within a looser web of globalization, the T'ang period and its dynamics offers a distant mirror of our own time. An argument in world history may thus cast light on issues in contemporary politics.

S.A.M. ADSHEAD is Professor Emeritus in History at the University of Canterbury in Christchurch, New Zealand. He was educated at Stowe School and Christ Church, Oxford, and studied Chinese History at Harvard University. He is the author of The Modernization of the Chinese Salt Administration, Province and Politics in Late Imperial China, Salt and Civilization, Central Asia in World History and The Philosophy of History in Nineteenth-Century England and Beyond.
or support indie stores by buying on
Copyright © 2020 American Booksellers Association