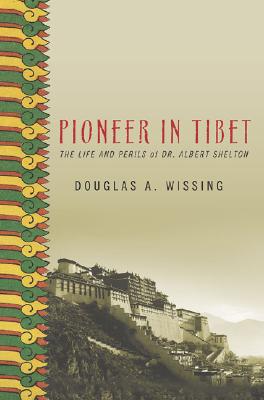 The Life and Perils of Dr. Albert Shelton

Dr. Albert Shelton was a medical missionary and explorer who spent nearly twenty years in the Tibetan borderlands at the start of the last century. During the Great Game era, the Sheltons' sprawling station in Kham was the most remote and dangerous mission on earth. Raising his family in a land of banditry and civil war, caught between a weak Chinese government and the British Raj, Shelton proved to be a resourceful frontiersman. One of the West's first interpreters of Tibetan culture, during the course of his work in Tibet, he was praised by the Western press as a family man, revered doctor, respected diplomat, and fearless adventurer. To the American public, Dr. Albert Shelton was Daniel Boone, Wyatt Earp, and the apostle Paul on a new frontier. Driven by his goal of setting up a medical mission within Lhasa, the seat of the Dalai Lama and a city off-limits to Westerners for hundreds of years, Shelton acted as a valued go-between for the Tibetans and Chinese. Recognizing his work, the Dalai Lama issued Shelton an invitation to Lhasa. Tragically, while finalizing his entry, Shelton was shot to death on a remote mountain trail in the Himalayas. Set against the exciting history of early twentieth century Tibet and China, Pioneer in Tibet offers a window into the life of a dying breed of adventurer.


Praise For Pioneer in Tibet: The Life and Perils of Dr. Albert Shelton…

"This excellent volume is well researched...Its descriptions of life both in Kansas and in China-Tibet are superb."--Stone-Campbell Journal "Pioneer in Tibet is a fascinating and well-written account of pioneer days in that remote land's emergence into Western history. including the violent and chaotic period when European powers first challenged Chinese control in the imperial machinations and blunders of the 'Great Game.'"-- Peter Matthiessen, author of National Book Award winner, The Snow Leopard

"A thrilling true adventure story of courage and mystery against the tumultuous backdrop of Tibetan history. One is fascinated and enriched by this beautifully written book that reveals much about the American hero and the mysteries of Tibet. This fascinating tale lingers long after the last chapter is concluded."-- Mabel Cabot, author of Vanished Kingdoms: A Woman Explorer in Tibet, China, and Mongolia 1921-1925

"Beautifully written, Pioneer in Tibet, is a compelling exploration of the gutsy rhythms, the pioneering spirit that is at once particularly American and universal in its ability to awaken the spirit, that longing for exploration and discovery."-- George Crane, author of Bones of the Master: A Journey to Secret Mongolia

"A remarkable story about a remarkable man. Not only did Albert Shelton bring medical care to a bandit-infested area of Tibet and introduce treasures form Tibetan life to Americans, but he also ranks high among that forgotten and misundertood breed of pioneering missionaries, erudite and open to the culture around them, who made inhospitable places home and gave their lives to the people they served." -- Barbara Crosette, author of So Close to Heaven:The Vanishing Buddhists Kingdoms of the Himalayas

"Pioneer in Tibet is not really about a man, but about a fascinating place and era: Kham at the turn of the 20th century. Doug Wissing has combed hundreds of rare sources to assemble this impressively detailed and stringently objective account. Compared to Wissing's book, I know of no Tibetan histories that bring to the reader so much fresh information. It is a must-read for historians, activists, and travelers who want to better understand this embattled and captivating part of the Tibetan plateau."-- Pamela Logan, author of Among Warriors: A Woman Martial Artist in Tibet and president of the Kham Aid Foundation

20"Dr. Albert Shelton was the twentieth-century's David Livingston. Douglas Wissing's portrayal of this Disciples of Christ missionary is no hagiography. Shelton is presented in his human complexity as a healer, diplomat, collector and dealer in Tibetan artifacts, interpreter of Tibetan culture to Americans, as well as a courageous servant of God. In Wissing's words, Shelton possessed an "adventurer heart and missionary soul" as his life's journey took him from the frontier border of Kansas to the frontier border of Tibet. Shelton's biographical portrait is well positioned in Wissing's detailed descriptions of the machinations of the China-Tibet conflicts of the early twentieth century." -- Peter M. Morgan President, Disciples of Christ Historical Society, Nashville, Tennessee