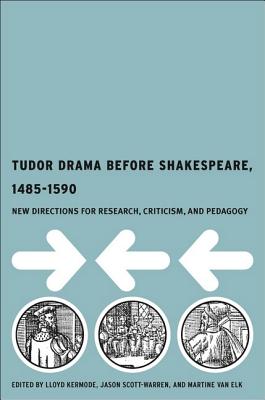 This collection brings together established scholars and new names in the field of Tudor drama studies. Through a range of traditional and theoretical approaches, the essays address the neglected early and mid-Tudor period before the rise of the 'mature' drama of Marlowe and Shakespeare in the 1590s. New ideas for research topics and pedagogical methods are discussed in the essays, which each provide original arguments about specific texts and/or performances while also providing an advanced introduction to a concentrated area of Tudor drama studies. While the continuation of mystery play performances and morality plays through the first three-quarters of the sixteenth century have been discussed with some consistency in the academy, other types of drama (e.g. folk or school plays) have received short shrift, and critical theory has been slow in coming to this scholarship. This collection begins to fill in these deficiencies and suggest fruitful directions for a twenty-first century revival in pre-Shakespearean Tudor drama studies.