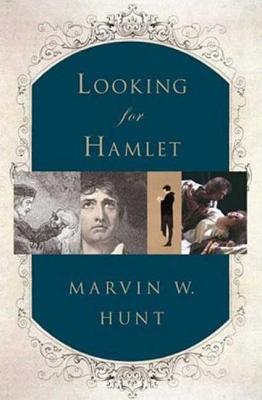 A mysterious, melancholic, brooding Hamlet has gripped and fascinated four hundred years' of readers, trying to "find" and know him as he searches for and avenges his father's name. Setting itself apart from the usual discussions about Hamlet, Hunt here demonstrates that Hamlet is much more than we take him to be. Much more than the sum of his parts--more than just tragic, sexy youth and more than just vain cruelty--Hamlet is a reflection of our own aspirations and neuroses. "Looking for Hamlet" investigates our many searches for Hamlet, from their origins in Danish mythology through the complex problems of early printed texts, through the centuries of shifting interpretations of the young prince to our own time when Hamlet is more compelling and perplexing than ever before. Hunt presents Hamlet as a sort of missing person, the idealized being inside oneself. This search for the missing Hamlet, Hunt argues, reveals a present absence readers pursue as a means of finding and identifying ourselves.


Praise For Looking for Hamlet…

"A riveting primer on the work many deem Shakespeare's greatest......astute analysis of major issues within the play, accessible overview of the history of their interpretation and a reading of contemporary criticism sure to set alight a few rooms in the ivory tower of Shakespearean studies"--Kirkus, starred review "Hunt undertakes the monumental task of laying out the whole study of Hamlet, from sources to postmodern theory, in some 200 pages....Hunt shines when discussing the complex and involve centuries of scholarship and interpretation of the play. He argues strongly for his own reading of the play, which focuses on the importance of Hamlet's interiority, but does not slight any other view. Summed Up: Highly recommended."--Choice

Marvin W. Hunt earned his Ph.D. in Renaissance Studies at the University of North Carolina at Chapel Hill in 1987. He has written widely in Tudor-Stuart literature including Sir Philip Sidney, Edmund Spenser, and Shakespeare. A member of the Modern Language Association, the Shakespeare Association of America, and the Southeastern Renaissance Conference, Professor Hunt has been twice a fellow at the Folger Shakespeare Library in Washington, DC. He has also written widely for popular audiences on subjects ranging from African-American history to baseball. For the past decade he has taught Shakespeare at North Carolina State University. His travel stories on The Bahamas and many book reviews have appeared in numerous publications, including The North Carolina Literary Review, The Atlanta Journal/Constitution, and The New York Times.
Loading...
or
Not Currently Available for Direct Purchase