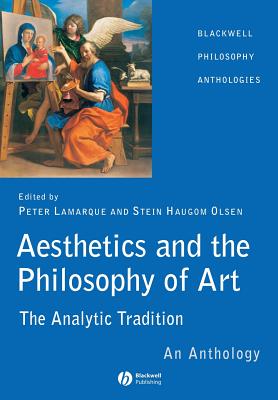 Aesthetics and the Philosophy of Art (Paperback)

This anthology provides comprehensive coverage of the majorcontributions of analytic philosophy to aesthetics and thephilosophy of art, from the earliest beginnings in the 1950'sto the present time.

Peter Lamarque is Professor of Philosophy and Head ofDepartment at the University of York. He has published widely onfictionality, philosophy of literature, and aesthetics, includingTruth, Fiction, and Literature (1994, with Stein HaugomOlsen) and Fictional Points of View (1996). He is Editor ofthe British Journal of Aesthetics and was also philosophysubject editor for the 10-volume Encyclopedia of Language andLinguistics.Stein Haugom Olsen is Chair Professor of Humanities andHead of the Department of Philosophy at Lingnan University, HongKong. He is the author of The Structure of LiteraryUnderstanding (1978) and The End of Literary Theory(1987), as well as more than forty articles on literary theory, literary criticism, and aesthetics. He is an elected fellow of theNorwegian Academy of Science and Letters.
or
Not Currently Available for Direct Purchase
Copyright © 2020 American Booksellers Association