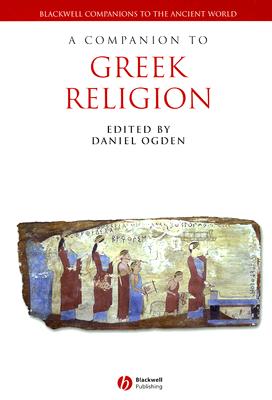 This major addition to Blackwell's Companions to the Ancient World series covers all aspects of religion in the ancient Greek world from the archaic, through the classical and into the Hellenistic period.

Daniel Ogden is Professor of Ancient History at the University of Exeter. He is author of Magic, Witchcraft and Ghosts in the Greek and Roman Worlds (2002), Greek and Roman Necromancy (2001), and Greek Bastardy (1996), and editor of The Hellenistic World: New Perspectives (2002).
Loading...
or support indie stores by buying on