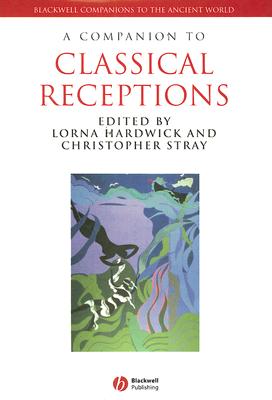 Examining the profusion of ways in which the arts, culture, and thought of Greece and Rome have been transmitted, interpreted, adapted and used, A Companion to Classical Receptions explores the impact of this phenomenon on both ancient and later societies.

Lorna Hardwick is Professor of Classical Studies and Director of the Reception of Classical Texts Research Project at the Open University. Her publications on Greek cultural history and its reception in modern theatre and literature include Translating Words, Translating Cultures (2000), New Surveys in the Classics: Reception Studies (2003) and (co-edited with Carol Gillespie) Classics in Post-colonial Worlds (2007). Christopher Stray is Honorary Research Fellow at the University of Wales, Swansea. He is the author of Classics Transformed: Schools Universities, and Society in England 1830-1960 (1998), and editor of The Owl of Minerva (2005), Classical Books (2007) and Remaking the Classics (2007).
Loading...
or
Not Currently Available for Direct Purchase