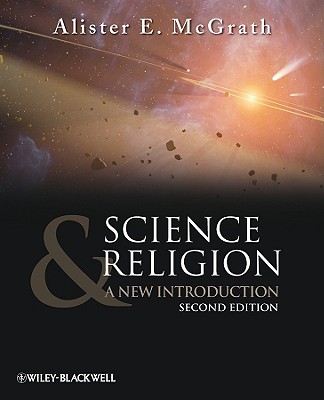 Now thoroughly updated to reflect the latest debates, this popular textbook introduces readers to the central questions in the field of science and religion. Ideally suited to those who have little or no prior knowledge in either area, it incorporates numerous student-friendly features, including maps, summaries, and historical references, resulting in the most up-to-date introduction to the study of religion and the natural sciences available.

Alister E. McGrath is Professor of Theology, Ministry and Education, and Head of the Centre for Theology, Religion and Culture at King's College, London. He is the author of numerous bestselling titles, including Dawkins' God (2004), Theology: The Basics (2004), Christianity: An Introduction, 2nd edition (2006), Christian Theology, 4th edition (2007) and The Christian Theology Reader, 3rd edition (2007), all published by Wiley-Blackwell.
or
Not Currently Available for Direct Purchase
Copyright © 2020 American Booksellers Association