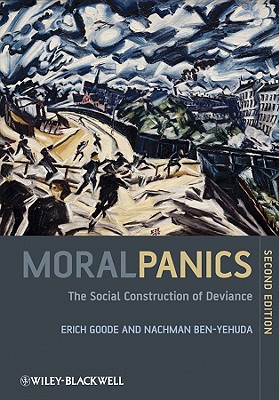 Packed with new examples and material, this second edition provides a fully up-to-date exploration of the genesis, dynamics, and demise of moral panics and their impacts on the societies in which they take place.

Erich Goode is Professor Emeritus of Sociology at the State University of New York at Stony Brook. His previous books include The Marijuana Smokers (1970), Collective Behavior (1992), Deviance in Everyday Life (2002), Extreme Deviance (edited with Angus Vail, 2008), Drugs in American Society (7th edition, 2008), and Deviant Behavior (8th edition, 2008). Nachman Ben-Yehuda is Professor of Sociology at the Hebrew University of Jerusalem. His publications include Deviance and Moral Boundaries (1985), The Politics and Morality of Deviance (1990), Political Assassinations by Jews: A Rhetorical Device for Justice (1993), The Masada Myth (1995), Betrayals and Treason (2001), and Selective Remembrances (edited with Philip Kohl and Mara Kozelsky, 2007).
Loading...
or support indie stores by buying on