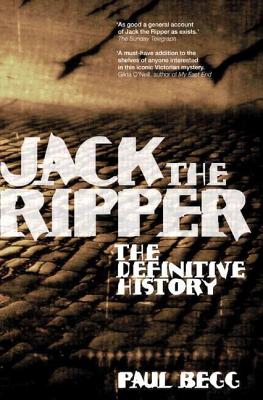 'The clearest, most accurate, and most up-to-date account of the Ripper murders, by one of Britain's greatest and most respected experts on the autumn of terror in Victorian London.'

England in the 1880s was a society in transition, shedding the skin of Victorianism and moving towards a more modern age. Promiscuity, moral decline, prostitution, unemployment, poverty, police inefficiency... all these things combined to create a feeling of uncertainty and fear.

The East End of London became the focus of that fear. Here lived the uneducated, poverty-ridden and morally destitute masses. When Jack the Ripper walked onto the streets of the East End he came to represent everything that was wrong with the area and with society as a whole. He was fear in a human form, an unknown lurker in the shadows who could cross boundaries and kill.

Jack the Ripper: The Definitive History is not yet another attempt to identify the culprit. Instead, the book sets the murders in their historical context, examining in depth what East London was like in 1888, how it came to be that way, and how events led to one of the most infamous and grisly episodes of the Victorian era.