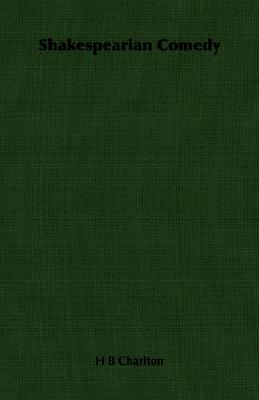 Shakespearian ComedyH. B. CHARLTONTO MY WIFEPrefaceCHAPTERS 2 to 9 in this volume were first published innumbers of the Bulletin of the John Rylands Library betweenJuly 1930 and October 1937. Chapter 2 was reprinted in theWorlds Classics volume, Shakespeare Cntmm 19191935.I wish to thank my fellowgovernors of the John RylandsLibrary for permission to reprint these chapters. In particular, I want to make avowal of obligation to my friend Dr. HenryGuppy, Librarian of the John Rylands Library. As one of theJohn Rylands lecturers, it is not for me to praise him for hischoice of lecturers. I can however say that his programme oflectures during the last thirty years has made schokrs inEurope and America gratefully realize the wealth of the libraryof which he is the devoted guardian. And I am surely quitefree to express my personal gratitude for the forethought withwhich he eases the lecturers task and for the charm with whichfrom the chair he adds dignity and grace to the occasion of thelecture.H.B.C.ContentsCHAPTER PAGEPREFACE 6I PRELIMINARY 9ROMANTICISM IN SHAKESPEARIAN COMEDY 19THE RECOIL FROM ROMANTICISM 44IV THE TAMING OF THE SHREW 73V A MIDSUMMER NIGHTS DREAM 100vi SHAKESPEARES JEW 123Vfl FALSTAFF l6lVDI THE DARK COMEDIES 208EX THE CONSUMMATION 266INDEX 299PreliminaryTHE lectures which make up this book were given one by onein eight successive years. They were given extempore at theJohn Rylands Library, and were then, within a month or twoof their delivery, written out for publication in the JohnRylands Bulletin. They are now brought together withoutfurther rewriting. This may very likely be the wrong way tobuild a book. For one thing, the style is naturally nearer tothe range of thespoken idiom than to the patterns of thewritten word. Moreover, over a spread of eight years, it iscertain that the mood of that evening which happens to be theone appointed for the lecture, and the adventitious way inwhich the lecturer responds to that evenings audience willunconsciously modify the particular manner of his lecture. Ithas, however, seemed best not to tamper with what servedits temporary purpose and answered its separate occasionfor though die individual lectures were shaped in the weeksimmediately leading to their delivery, the whole scheme ofthem was devised before the first was given. They were meantto be consecutive steps in a continuous argument. To rewritethem now would perhaps throw the structure of their centralidea into clearer relief. It would certainly permit of the excisionof repetition here and there. But those paragraphs which occurin the separate sections as summaries of as much of the generalargument as has gone before may possibly help to keep themain structure in mind.As the series now appears in print, it is labelled ShakespearianComedy.