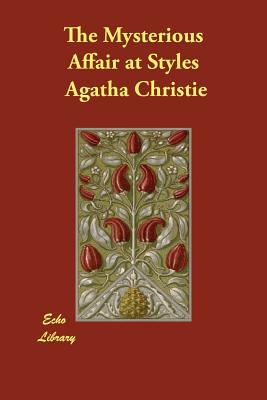 Agatha Christie (1890-1976) was an English writer known for her 66 detective novels and 14 short story collections, particularly those featuring her fictional detectives Hercule Poirot and Miss Marple. She also wrote the world's longest-running play, a murder mystery entitled The Mousetrap. In 1971 she was appointed a Dame Commander of the Order of the British Empire (DBE) for her contribution to literature. After repeated rejections of her first attempt at fiction, she achieved success with the publication of The Mysterious Affair at Styles, her first Poirot mystery, in 1920. Christie began writing the novel in 1916 and the character of Poirot was inspired by her experience as a volunteer nurse ministering to Belgian soldiers during WWI and by the Belgian refugees living in her hometown of Torquay in Devon. Decades later, when Christie told the story of Poirot's final case in Curtain, she set that novel at Styles. She and her first husband also gave that name to their house in Sunningdale. Christie's second novel introduced the detective couple Tommy and Tuppence in The Secret Adversary (1922), and this was followed by a second Poirot mystery, Murder on the Links (1923). Miss Marple first appeared in The Murder at the Vicarage (1930) and, like Poirot, she featured in many further novels and stories. Many of Christie's works, particularly those featuring her most famous characters, have been adapted for film and TV.