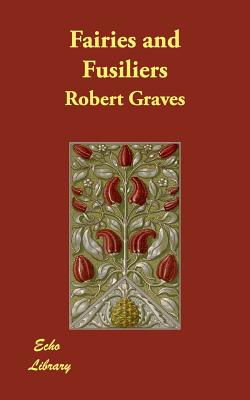 British author Robert Graves is known by many for his series of richly-detailed, compelling novels of ancient Rome, beginning with I, Claudius. Graves also fought for Great Britain in the First World War, and became one of the finest poets to emerge from that conflict. Fairies and Fusiliers collects poems written during World War I, when Graves served in the Royal Welsh Fusiliers on the Western Front, alongside Siegfried Sassoon, another one of WWI's most celebrated poets. Unlike Graves, who survived the war, Sassoon was killed in combat. Robert Graves always considered himself a poet first, but unable to support his family through poetry alone, he wrote novels, works of criticism and nonfiction, and taught at Oxford in the 1960s, becoming a lecturer at age 66.