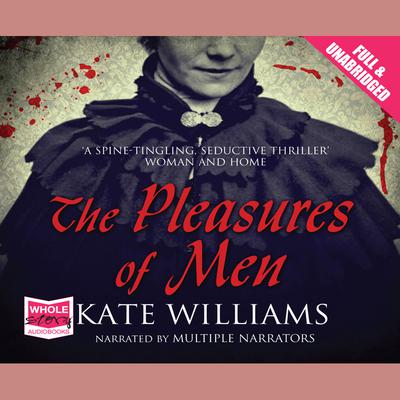 The Pleasures of Men (Digital Audiobook)

Spitalfields, 1840. Catherine lives with her Uncle in a rambling house in London's East End, with little to occupy the days beyond her own colourful imagination. Then news reaches her of a disturbing murderer known as The Man of Crows. As Catherine hungrily devours the news, she finds she can channel the voices of the dead ... and comes to believe she will eventually channel The Man of Crows himself.
As the murders continue, Catherine gradually realises she is snared in a deadly trap, where nothing is as it first appears ... and behind the lies are secrets more deadly than anything her imagination can conjure.
Loading...