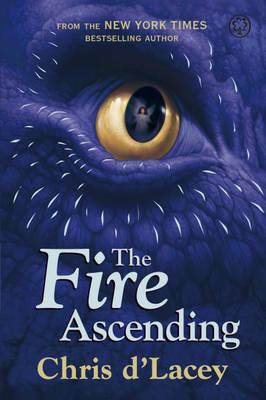 The much anticipated final book in Chris d'Lacey's NEW YORK TIMES bestselling Last Dragon Chronicles
On Earth, at the battle of Scuffenbury Hill, time has been suspended. Dragons and their natural enemies, the Ix, are trapped in a bitter, unresolved conflict. But at the dawn of history, something is working to change the past -- and the future. A mysterious force is rewriting the timelines, turning what was once legend into startling reality. But is David Rain strong enough to save himself and those he loves from being written into a deadly new destiny?
David, Zanna, Lucy, Alexa, and the Pennykettle dragons return, along with some new friends and enemies, to embark on their most dangerous, most thrilling, and most magical adventure yet. Bridging the magic of the first five books with the world and characters introduced in FIRE WORLD, this fiery and action-packed final installment of the Last Dragon Chronicles will have readers racing to the exciting conclusion.