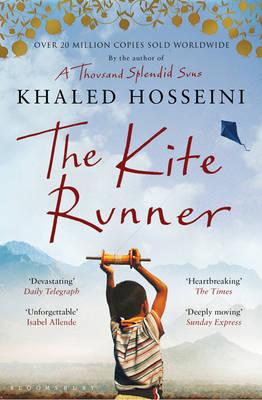 A graphic novel adaption of the award-winning, internationally bestselling The Kite Runner 1970s Afghanistan: Twelve-year-old Amir is desperate to win the local kite-fighting tournament and his loyal friend Hassan promises to help him. But neither of the boys can foresee what will happen to Hassan that afternoon, an event that is to shatter their lives...

Since its publication in 2003, The Kite Runner has sold eight million copies worldwide. Through Khaled Hosseini's brilliant writing, a previously unknown part of the world was brought to life. Now in this beautifully illustrated, four-colour graphic novel adaptation, The Kite Runner is given a vibrant new life which is sure to compel a new generation of readers.

Khaled Hosseini was born in Kabul, Afghanistan and moved to the United States in 1980. His novels The Kite Runner and A Thousand Splendid Suns were international bestsellers, published in thirty-four countries. In 2006 he was named a US goodwill envoy to the United Nations Refugee Agency. He lives in northern California.Fabio Celoni is an illustrator, scriptwriter and comics author. Since 1999 he has been a regular collaborator with Walt Disney Company Italy. In 2000 he became a staff illustrator and scriptwriter for the Dylan Dog comics series. He is also the author of several other successful Italian comics series, for which he has won several prizes.Mirka Andolfo is a colourist and illustrator who has collaborated with many Italian comics publishers and children's book publishers. He is the regular colourer for Geronimo Stilton's illustrations.
Loading...
or
Not Currently Available for Direct Purchase